Writing Memoir To Find Meaning In Your Life

I don’t know about you, but for me, this last year has been one long blur of unexpected events, time consuming changes to the daily round, and disorienting new “norms” that only end up being normal for a week or two. In the midst of…

How To Take Your Memoir Beyond Memory, and Make It A Story

These past months of lockdown have given me many manuscripts to evaluate, and ample time to think about why so many memoirs need revision, even when the writer thinks the story is done. Here’s how the root problem can arise: If you write memoir from…

How To Structure Your Memoir (third and final in the pandemic series: stay at home and write your memoir )

When the pandemic started, I wrote about using stay-at-home time to work on your memoir, and then followed up with a column on the basics of organizing your shimmering images—your vivid memories.With back-to-school mentally kicking in (even if back-to-school is unfamiliar), it’s time to find…

2020/The Year of Seeing Clearly, Editing—The art, craft and business of writing, Inspiration for Writers, Teaching—Examples of Lisa's teaching
-
by Lisa Dale Norton

Last month I wrote about using your time, while at home, to work on a memoir and suggested the basics for getting started. This month here’s the next step: what to do with all those memories you’ve been stockpiling, or with all the stories you’ve…

2020/The Year of Seeing Clearly, Editing—The art, craft and business of writing, Inspiration for Writers, Teaching—Examples of Lisa's teaching
-
by Lisa Dale Norton

Stay At Home—And Write Your Memoir

We are all going to have time eddying around us in these coming weeks, as life shifts into a new and unfamiliar rhythm, but once we strike that rhythm—whatever it is for each individual household—once we get past the panic and stock piling of supplies, move beyond the fast-driving-fast-shopping wave of insecurity, we are going to sink back into the couch/kitchen chair/bed/bathtub and say: What now?

And that “What now?” question speaks to many levels of our lives, but one of those levels is: How do I respond as an artist?

If we are resourceful, a good outcome from all this staying home, will be a huge spurt of originality and creativity—if we make it so. We must find positive ways to channel the surge of energy currently electrifying our hearts and homes and expressing itself as skittering social media interaction.

Instead, do everything you can to refocus that energy and to use it to produce something original.

Personally, I’m banking on this being a time when we all get to work on the books we’ve been dreaming—a memoir, autobiography, a novel based on real events, a mystery perhaps, a completely invented world of science fiction. Whatever your 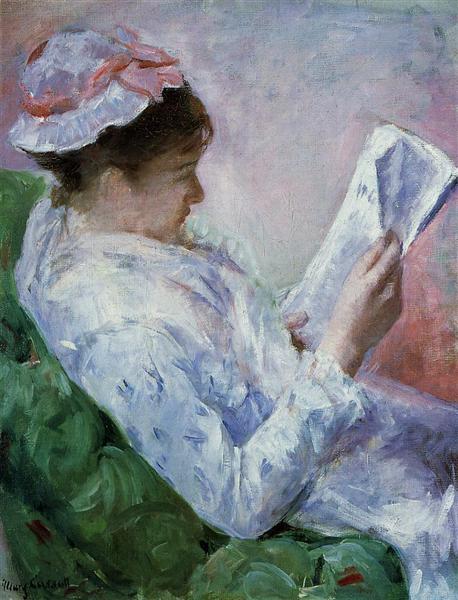 dream, now is the time make it a reality.

If you are writing a memoir, here is your first assignment.

1) Take our a sheet of paper, or open up a new word processing document and bullet item list some memories that pop into your mind. No order. No reason. No justification. No clue why they may be coming to you right now—and no need to figure it out. All you’re doing is remembering.

2) List your memories with some phrase that will help you conjure them again the next time you come back to this list—Edie’s birthday party; that sunset off the balcony when Trevor came home; oatmeal in Grandma’s kitchen; the stairwell at night. Whatever.

3) Tomorrow do the same. Just list some memories—snippets of remembrance: a face laughing at a joke you once told; a shared slice of pie with a best friend one sunny afternoon when you both told secrets and giggled; that first home run you hit and the jolt of adrenaline as you raced for first base.

Ultimately, when you’ve amassed a good long list of these Shimmering Images, as I call them—shiny little memory shards—you will begin writing them. One-by-one. No order. No attempt to connect them, unless it should happen naturally. For now, just list them.

That, my friends, will get you on the path of writing your memoir, and give you a way to channel your energy and be creative.

How Do You Handle Dialogue In a Memoir?

People talk. And in your memoir, even if you are the kind of writer who leans more toward the meditative/reflective style of memoir writing—at some point, your characters will open their mouths and speak. So, the question becomes: Are you allowed to invent? Obviously, you…

2020—The Year of Seeing Clearly, by Ann Carnes

It was 1973 when Gene and I settled into a pattern of living together in my Canoga Park, California apartment where I’d lived when I was married and where my toddler son, Jim, and I continued to live after my divorce. Gene was the only…

2020/The Year of Seeing Clearly
-
by Lisa Dale Norton

2020—The Year of Seeing Clearly, by Ann Anderson Evans

I love men, prefer their company, and sympathize with them, maybe because I had two brothers. Men don’t have it easy—for millennia, they’ve been suffering oceans of anxiety because they had to support their families and fight our wars, but I’m a woman, and I feel as if I’ve been crawling out from under a rock over the last few decades. Our stories are finally beginning to be told well, and it’s a relief to see some sunlight.

An unexpected revelation tripped me up recently, causing me to to burst into an emotional rant, something I almost never do. A male friend confessed that he liked dressing up in women’s clothes. It was a secret that he’d shared with only a few people and he made me promise to hold his secret close.

In due time, he showed me the clothes stored in a dresser standing in an obscure corner of his attic. They reminded me of the mother in Psycho. Frills, lace, little flowers on the polyester, those small scarves we used to wear on our heads like the Queen. Even if a woman stepped out in those clothes, she would be considered an odd throwback. But hey that’s what he liked. When I asked him what had drawn him to cross dressing, he said, “I have always been curious how it would feel to be a woman.”

That’s when the rant happened.

“You think wearing frilly underwear is what it means to be a woman? It’s more like keeping blood off that underwear when you have your period, those several days every damn month, every month, where you have to go to work with cramps.  It’s having men turn glassy-eyed and dismissive when you give your opinion about the New York Knicks. But you know the worst thing? It’s not the pain of menstruation and childbirth or the denial of certain professions or jobs, it’s the torture of thanking the guy for doing the shopping, and him saying ‘you’re welcome,’ and then you go into the kitchen and find he’s left the bags of groceries on the kitchen counter for you to put away.

“Or him feeling proud of himself for emptying the dishwasher and then going out to play baseball with the kids, leaving you to sweep the porch, clean out the refrigerator, sew a button on a coat, wipe up the dog’s muddy footprints in the front hall, the dozen things that he hasn’t even noticed.

“And you’re not supposed to get angry because that would upset the relationship, so you remind him, gently, of chores, and he does them, because you told him to. He’ll comply when you give him a “honeydo” list—men giggle about honeydo lists. But why can’t they figure out what needs to be done? You’ve been at work all day and have to get up tomorrow morning, too.

“After getting angry, and cajoling, and making lists, and begging him to be more engaged, you have to give up because in the end all you feel is anger, and if that anger comes out, you’ll get divorced.

“And let me remind you that when I was a girl we had to wear girdles and stockings and we couldn’t wear pants except on weekends in the woods.”

I stopped to catch my breath, though a hundred further insults to my dignity were flooding into my brain.

My friend was fascinated. “Wow.”

“You might say that times have changed, that men are woke now, but I don’t think it’s changed so much. Women still do most of the child care even if they have a job, and they still resent it. So some women just stop doing housework altogether and that leaves the world living in shit, but that’s the only way they see to stop being pounded by resentment.”

I was finished for the moment, and I sat back and looked at my friend. He smiled and said, “I still like wearing women’s clothes,” and we laughed together.

Sometimes the world is so ungainly that laughter is the only refuge.

This post was submitted by Ann Anderson Evans, author of the award-winning Daring to Date Again: A Memoir (She Writes Press, 2014).

2020/The Year of Seeing Clearly
-
by Lisa Dale Norton

I often get queries about how to write a short memoir and make it worth reading. I have decided to share a gnarly situation from my own life to show you how to take the content of your day-to-day and turn it into a short…